Garda Lake a few kilometers away, on one side Valtrompia famous for steel and ironworks, on the other Valsabbia with its metal foundries. In the middle the Savallese with Casto and its hamlets, 1700 inhabitants and a record: the first municipality of Italy completely self-sufficient from an energy point of view!

It is not a story like any other, definitely, but if the Mountain Running World Cup has to come here, this story deserves to be told to all the friends who will arrive on the Pre-Alps Brescia, under the Savallo Rock for a great mountain running weekend. The waters of the Nozza torrent and the magnificent “Corna di Savallo” are the silent witnesses of the incredible history of the “Sunny Village", a story that originates from the waters of the Nozza and its numerous tributaries, streams of water that with their jumps and their waterfalls determined the economic tradition of the industrious and hardworking Savallese. Dozens and dozens of metalworking activities have characterized these small valleys for centuries, from the villages of Comero, Malpaga, Auro, Briale, Famea and Alone life and feverish production never stop. In a document recently published by Maria Paola Pasini and Riccardo Semeraro, two Researchers from the Department of Historical and Philological Sciences at the Catholic University of the Sacred Heart of Brescia, it is possible to learn more about Casto, the "Sunny village”. A tacit collaboration pact between public and private operators, including volunteer organizations, for the exploitation of renewable energies in a territory with a historically rooted industrial vocation has generated a “case” of virtuous development with important advantages for the local community. Since the 90s, Raffmetal, a leading European aluminum alloys producer based in the village, has developed environmental sustainability projects collaborating with local, national and European authorities. The municipality, for its part, has achieved energy self-sufficiency building a dozen photovoltaic plants. The increase in the budget revenues, the fruitful collaboration with the company and the involvement of numerous volunteers have allowed the local administration to implement free services for the population in different fields: education, sports, recreation and environment. This is the scenario and these are the conditions that will welcome the Authorities, athletes, fans and journalists from all over the world for the Vertical Nasego and the Trofeo Nasego on May 16th and 17th 2020, the 3rd and the 4th stages of the Exciting 2020 Mountain Running World Cup ! Saturday, May 16: adrenaline, breathless and pumping hearts: 3.7 km to run, 1000 meters of positive altitude gain to climb, this is the vertical Km that from the center of the village of Casto climbs up to Corna di Savallo, at 1436 meters above sea level. For the Vertical Nasego it is the 5th edition, a young race with a prestigious history yet: Nicola Pedergnana, twice Patrick Facchini and last year the signing of the “little prince” Davide Magnini for men, the double of Valentina Belotti and the victories of Denisa Dragomir and Andrea Mayr for women. For everyone, not only for the champions, the challenge with themselves and with the slopes of a mountain that gives pain but unbelievable self conquest as well. Sunday, May 17th: the 19th edition of the great Savallese classic, the Nasego Trophy and its 21 km to be covered in and out from the green and rocky valleys. A first part fast and full of changes of pace, a second part with the ascent to the Rifugio Nasego, the mountain grand prix, and then the ruthless final descent before the final break that leads to the finish line of Famea. 1300 meters of positive altitude gain make it a tough but fascinating challenge, a fast mountain race in pure Italian style, which has become “a must” among the great events on the international scene. On these tracks Maria Grazia Roberti, Marco De Gasperi and the Dematteis Twins wrote history, here Isaac Kriprop, Xavier Chevrier and Alice Gaggi won, here Cesare Maestri and the local idols Sara Bottarelli and Alessandro Rambaldini consecrated themselves, until the triumph of the Kenyan Lucy Wambui Murigi and the Scottish Andrew Douglas, who took off from Nasego his amazing fly to the conquest of 2019 world cup. Come and discover Italian mountain running in its most classic version, get to know the history of the “sunny village”, enjoy the best Meat-Skewer in the world and the “Casoncelli”, come and measure yourself with the Savallese Rocky Mountains, Nasego awaits for you!
Share
0 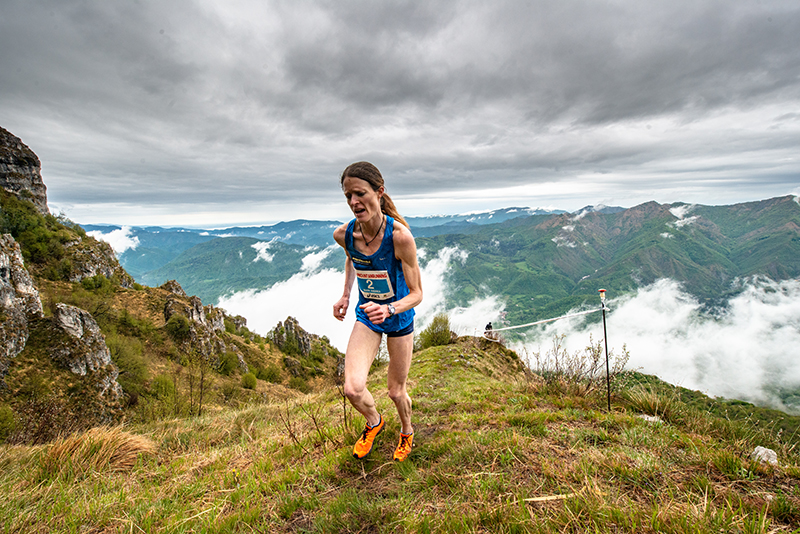